How to Understand What Happens Inside LDS Temples 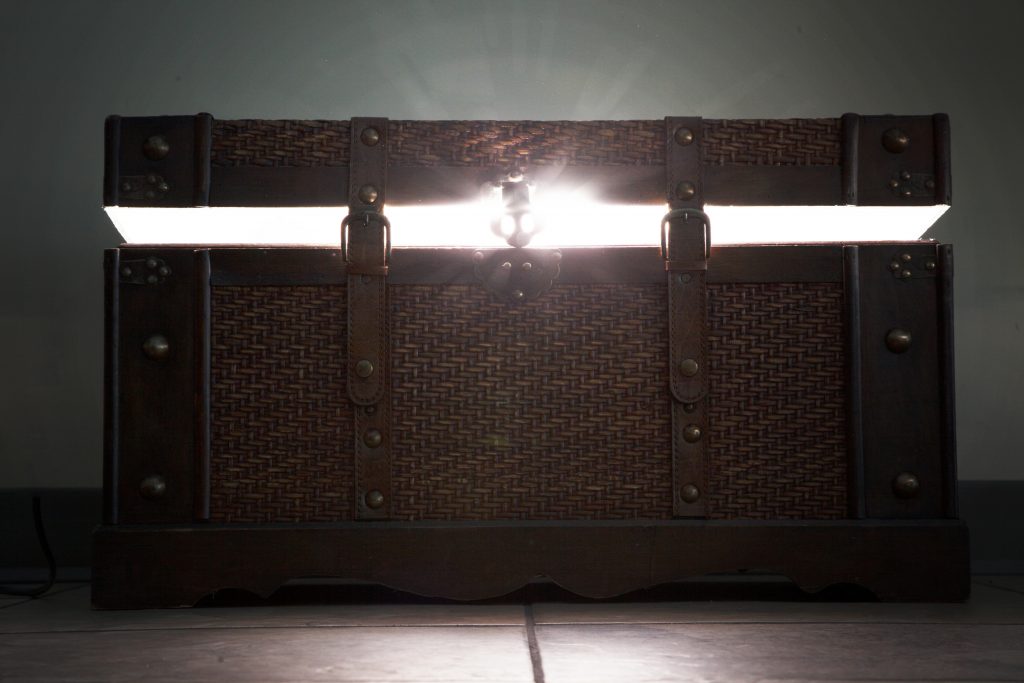 When Harry Potter first picked up his wand he had no idea what power there was inside it.

Yes, he knew it was supposed to have power, but he’d never experienced it for himself.

If he could have looked into the future he would have seen that with that wand he would:

And so much more!

That wand was absolutely packed with potential.

And the same thing goes for you and me.  The first time we walk into an LDS temple we might sense that the temple is full of power.  But what if we never go back to the temple?  Or what if we go back but don’t ever fully understand what is going on?   Like the fictional story of Harry Potter and his wand, our real-life story depends a whole lot on how hard we work to access the power the temple holds.

The Tip of the Iceberg 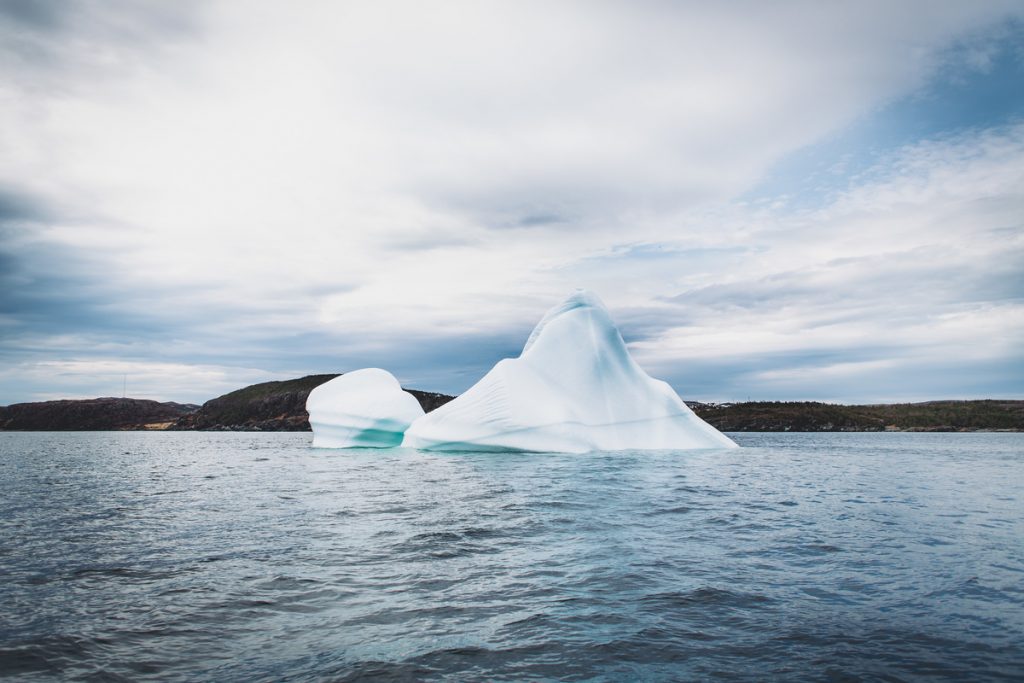 So how do we access the power of the temple?  First of all, it’s important to understand that there are two different things going on inside the temple every single time you go.

President David O. McKay explained it this way: “There are two things in every Temple: mechanics, to set forth certain ideals, and symbolism, what those mechanics symbolize. . . The whole thing is simple in the mechanical part of it, but sublime and eternal in its significance.”   (From Gregory Prince and Wm. Robert Wright. David O. McKay and the Rise of Modern Mormonism (Salt Lake City: University of Utah Press, 2005): 277)

Did you notice what President McKay said the two parts of the temple are?  They are the mechanics and the symbolism.

Well, the mechanics are the things that are easy to hear or see.  They are the building structure, the clothing, the words being said, and so on.  And as President McKay said, those things are pretty simple and basic.  They’re also repetitive– you’ll hear and see and wear the same things every time you go to the temple.  And if that’s all you focus on the temple might seem a little bit boring and not very powerful at all.

That’s why the second part of the temple– symbolism– is so important.  The symbols are what the things you see and hear really mean.  THIS is where the lessons of the temple happen and what makes it infinitely interesting and powerful.

Unfortunately, we don’t use symbolism much in our regular lives– we don’t speak, write, or read much about them.  So let’s practice how to speak this somewhat foreign language to see how symbolism (the deeper meaning of something) adds power to the mechanics (the things you see and hear) in the temple.

Symbolism in the Scriptures

While we don’t want to speak of sacred things outside of the temple we can certainly talk about symbolism in the scriptures.  So let’s dive into the symbolism we find right at the beginning of man on the earth.

In the book of Genesis, chapter 3 we find the story of Adam and Eve eating the fruit of the tree of knowledge of good and evil which we call “The Fall.”  Verse seven says, “And the eyes of them were opened, and they knew that they were naked; and they sewed fig leaves together, and made themselves aprons.”

Basically, when Adam and Eve realized what was going on they tried to cover their nakedness by using fig leaves for clothing.

Let’s stop right there and ask why– there were a variety of trees in the Garden, so why would fig leaves have been used?  What might be the symbolism in that?

Well, have you ever seen the inside of a fig fruit?  They can have up to 1,600 seeds inside of them!  Perhaps we could look at the use of such a fertile fruit as a sign (or symbol) of Adam and Eve’s new ability to have children (often referred to in the scriptures as “having seed”) because of the Fall.

But let’s take it a step further.  Adam and Eve made themselves clothes out of leaves.  That would be really great on the first day.  But what happens to leaves as they get older and older and older?  They get hard, scratchy, and brittle!  By day three those aprons they made would have been the most uncomfortable clothes you’ve ever seen!

But in verse 21 we’re told, “Unto Adam also and to his wife did the Lord God make coats of skins, and clothed them.”

God saw what Adam and Eve had tried to do to cover their transgression and He provided them with something better, something much more permanent: clothes made of animal skin.

Do we ever do the same thing as Adam and Eve when we sin?  Do we try to make a covering for ourselves– an uncomfortable apron of excuses or denial?  I think we do.

But what does God offer us?  The comfort of something real and lasting: the cover of His atoning power.

See the Symbolism = Find the Power! 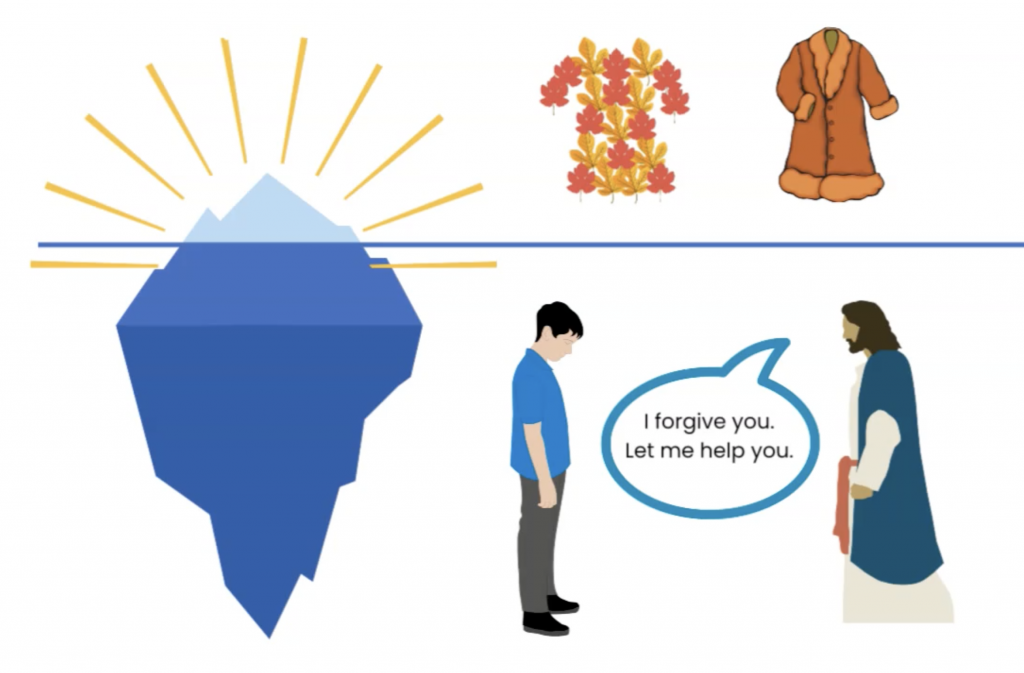 The mechanics of that story are that Adam and Eve made clothes for themselves and then God made them new ones.  But the symbolism?! The symbolism shows us how our own efforts to save ourselves will never be enough and how gracious God is in providing the permanent cleansing and covering power of the Atonement of Jesus Christ.

Can you see how if we go to the temple and see the symbolism instead of the mechanics we can be blessed to learn and grow in power?

So how can you better understand what happens inside LDS temples?  By remembering the two parts of the temple: the mechanics and the symbolism– and focusing on finding the meaning behind those symbols!